A Tour of Frogmore House

Frogmore House has been a royal retreat since it was purchased by Queen Charlotte in 1790. Queen Charlotte and her daughters’ passions for art and botany are reflected throughout the interiors, particularly in the beautiful Mary Moser Room, decorated to resemble a shady garden alcove open to the skies. The Duchess of Kent lived at Frogmore House for almost 20 years, and her daughter, Queen Victoria, visited the house regularly during her long widowhood.

The tour of the house ends in the Britannia Room, furnished with items from the Royal Yacht Britannia arranged at Frogmore by His Royal Highness The Duke of Edinburgh.

The visit continues with a guided walk around the 35-acre garden, first laid out for Queen Charlotte in the 1790s. The design and planting scheme of the garden today incorporates additions made under the direction of Queen Victoria and Queen Mary, as well as a number of trees and shrubs added to mark Her Majesty The Queen’s Silver Jubilee in 1977. The route encompasses views of the lake, Queen Victoria’s Tea House, the Gothic Ruin and the Royal Mausoleum, the final resting place of Queen Victoria and Prince Albert.

Please note: The tour of the garden includes the external areas of the Royal Mausoleum, Tea House and Gothic Ruin, but not the inside. 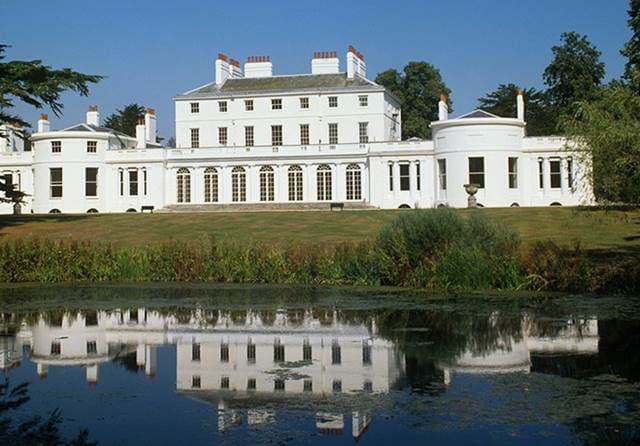